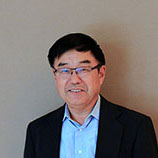 You-Kuan Zhang currently holds the position of Chair Professor in the School of Environmental Science and Engineering at Southern University of Science and Technology. Prior to his current appointment, he was Professor and Director of the Center for Hydrosciences Research and associate dean of the School of Environment at Nanjing University, and tenured full professor and research engineer at the University of Iowa. His research interests include basin hydrology, subsurface flow and solute transport, and groundwater remediation. He has published more than 100 papers and carried out more than 30 research projects founded by the U.S. and China governments. He was principal investigator for China’National Key Project, “Water Pollution Control in the Huai River Basin”. He served as associate editor for water-related international journals, including Stochastic Environmental Research, Groundwater, and Vadose Zone Journal. He was elected as a fellow of the American Geological Society and served as president of the International Professionals for Advancement of Chinese Earch Sciences (IPACES). Zhang received a MS in hydrogeology and engineering geology from Nanjing University and a Ph.D. in hydrology from the University of Arizona.

1. The effect of the anthropogenic activities on water cycle

3. Formation and distribution of groundwater in fractured rocks

4. The migration mechanism and control & treatment of pollution in groundwater

His research interests include basin hydrology, subsurface flow and solute transport, and groundwater remediation. He has published more than 100 papers and carried out more than 30 research projects founded by the U.S. and China governments.

A leading school for training and cultivating future talents and the next generation of leaders in the field of environmental science and engineering;

A national platform for development and industrialization of advanced environmental technologies.

The School is recruiting an outstanding faculty globally. Currently, the School has 26 full-time faculty members and six visiting faculty members. Among the full-time faculty members, 10 are professors, 6 associate professors, and 9 assistant professors. The faculty have received numerous honors and distinctions. Among them, one is fellow of the Royal Academy of Engineering (UK), two recipients of the Outstanding Young Investigator Award from the National Natural Science Foundation of China (NSFC), one recipient of the State Council Special Allowance, one recipient of the National High-level Personnel of Special Support Program, two recipients of the Outstanding Young Investigator (junior level) Award from NSFC. All faculty members have prior experiences studying and/or working abroad.

Undergraduate Programs: The School has two undergraduate degree programs officially approved by the Ministry of Education: Environmental Science and Engineering (ESE) and Hydrology and Water Resources Engineering (HWR). The undergraduate education at the School is characterized by its emphasis on solid academic preparation and innovation of engineering and science. The two degree programs have their unique features as well. ESE emphasizes the nexus of resources, environment and socio-economic development, as well as the development of new environmental industries, products and services. HWR emphasizes integrated surface water-groundwater research and management, as well as water science from molecular to global scales. The first class of about 40 students have joined the ESE program since September 2016. About 60 students are expected to join the two degree programs in September 2017.

The School’s research priorities include hydrology and water resources, environmental biogeochemistry, water pollution and treatment, soil and groundwater remediation, solid waste disposal and utilization, atmospheric chemistry and pollution control, ecological system assessment, environmental remote sensing, and global environmental change. We welcome talented faculty and students in these fields from all over the world to join the School, work with us to build a world-class multi-disciplinary environmental research center of excellence, and contribute to the solution of global environmental problems.

With its reliance on Faculty of Environmental Science and Engineering of SUSTech and close studies of the current conditions of China’s environmental protection and the industry’s features, SUSTech Engineering Technology Innovation Center (Beijing) is dedicated to bridging the gap between scientific results and their industrial applications and to benefiting social development, creating work opportunities both for teachers and students as well as generating profits for enterprises. By bringing the scientific results into social, industrial and open applications effectively through working jointly with the academic circle and the industrial circle, we will make the innovation center an international innovative platform for environment protection.