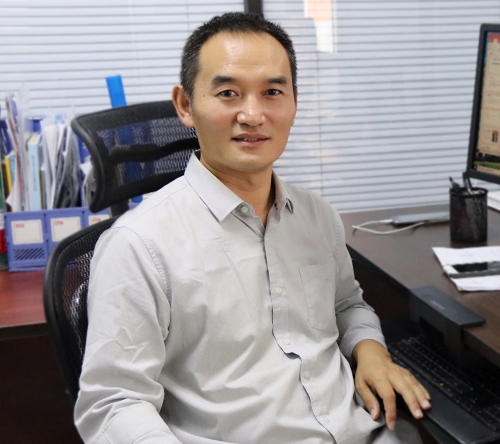 Dr. Yang Hui had obtained PhD in Institute of Geology and Geophysics, Chinese academy of Sciences, 2001. Then he joined Lenovo Ltd. as engineer of system design. From 2005 to 2008, he was a post-doctor in WTOPI/MILAB, University of California, at Santa Cruz. After that he worked in LandOcean energy service Ltd. as senior researcher and principle geophysicist in Statoil until 2016. His main working area include seismic wave forward modeling, illumination and migration, Full waveform inversion, Seismic data processing and large scale distributed parallel computing, etc..

The Department of Earth and Space Sciences (ESS) at Southern University of Science and Technology was established in December 2016. Prof. Xiaofei Chen, a renowned seismologist and an academician of Chinese Academy of Sciences (CAS), is appointed as an initiatory departmental head.
The studies in ESS concern the physics of the Earth, geo-space and planets in outer space. Through building up a world-leading program of research and education in Earth and Space Sciences, we strive to conduct the research that would advance our understanding on the complex natural system of Earth and Space, in order to provide science-based solutions to many of the societal challenges of our time: natural hazards, natural energy resources, space exploration, etc. In the meantime, our department offers rigorous hands-on training to students and prepares them to be future leaders in academia, government and industry.
ESS encompasses a wide range of scientific disciplines: Geophysics, Space Physics, Satellite Geodesy and Planetary Science. By the end of October 2019, ESS has thirty-one faculty members, including six professors, four associate professors, eleven assistant professors, and ten research assistant professors, including one Academician of Chinese Academy of Sciences, three Distinguished Young Scholars of National Nature Science Fund, one Excellent Young Scientists of National Science Fund. elcome more talents to join us and work together to build a world-class research and education center for Earth and Space Sciences.
Read More