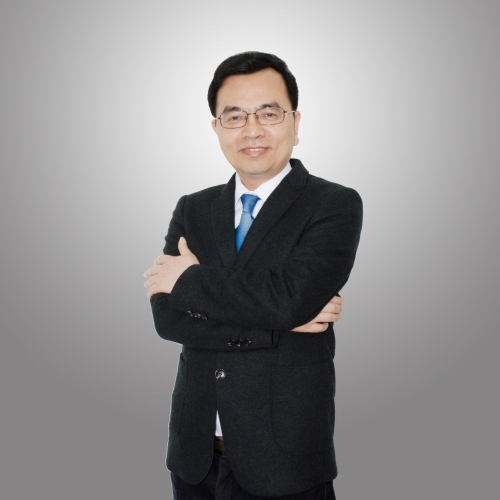 Haiping Xia obtained his B.S., M.S. and Ph.D. from Department of Chemistry, Xiamen University. He was also a visiting scholar in Hongkong University of Science and Technology. He started to work at Southern University of Science and Technology in 2018 as Chair Professor. And acting as Executive Dean of Grubbs Research Institute in Shenzhen in 2019. He served as the vice president of Chemistry and Chemical Engineering, Xiamen University from 2003 to 2013，and also the “MinJiang Distinguished Professor” in 2010-2018.

His achievements in the field of Materials Chemistry and Organometallic Chemistry earned him many awards, such as the first prize of “the Natural Science Award of Fujian Province” in 2018 (the first adult), the seventh "Huangyaozeng Organometallic Chemistry Award" of Chinese Chemical Society in 2016 (shared with Professor Jinquan Yu) and the prestigious “New Century Excellent Talents in University” Program by the Ministry of Education in 2004. His research was elected as one of the “Ten Major Scientific and Technological Progress of China's Colleges and Universities” in 2013.

Professor Xia's research focuses on the synthesis, reactivity, and applications of organometallic conjugated system. His most important academic contribution is the creation of Carbolong Chemistry, which is the work of Chinese people from 0 to 1.The definition of Carbolong Chemistry : Chemistry in which a planar conjugated carbon chain (carbon number not less than 7) chelates a transition metal by at least three carbon metal σ bonds. Dragon is the spiritual link of Chinese all over the world. Long is the Chinese Pinyin of dragon. Carbolong Chemistry has set and maintained two world records: 1. The record of Carbay carbon bond angle (< 130 °) has greatly refreshed 17 °; 2. There are five carbon metal bonds on the equatorial plane of metal. Hoffmann, the 1981 Nobel laureate, spoke highly of the work and authorized his comments to be made public.

Haiping Xia has published more than 200 peer-reviewed articles, and some of them have been highlighted by science media such as “Science”, “Science Shot”, “Science Daily”, “Nature Chemistry”, “Nature China”, ACS “C&E News”, ACS “Heart Cut”, ACS “Noteworthy Chemistry”, RSC “Chemistry World”, “World of Chemicals” for more than 20 times. In 2014, Prof. Xia was interviewed by the Author Profile column of Angew. Chem. Int. Ed.

Carbolong Chemistry has obtained U.S. patent, Chinese invention patents and PCT patents. Six carbolong reagents have entered the J & K reagent catalog and are sold at home and abroad. And many achievements have been industrialized.This research was elected as one of the “Ten Major Scientific and Technological Progress of China’s Colleges and Universities” in 2013. ” Carbolong Chemistry ” was selected as outstanding achievements of NSFC funded projects in 2016. And in 2014, Prof. Xia was interviewed by the Author Profile column of Angew. Chem. Int. Ed.