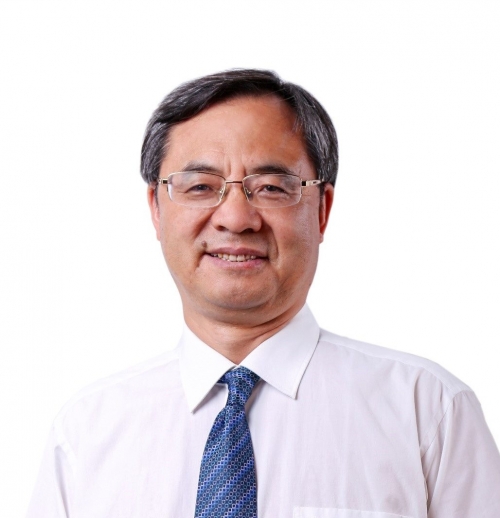 1999 Party secretary of the Political Department,

2005 Dean of the School of Philosophy and Public Management,

Southern University of Science and Technology:

2017 Director of the Center for Ideological and Political Education and Research.

Sinicization of Marxism, Marxism on the self-development of human beings, ideological and political education of college students, and cultural philosophy.

Research on the theory and practice of socialism with Chinese characteristics

“People and Culture in the Process of Chinese Modernization”(People’s Press ,2007 Edition)

“The Values of the Communist Party of China in the New Century”(edited) People’s Press,2003 edition.

2. “In order to solve the crisis of survival-A preliminary study of the reasons why China is moving toward modernization”, June 1997, Journal of Henan University;

3. “The two difficult choices between tradition and modernity-Thinking about the construction of modern Chinese culture”, “Henan Social Science” in September 1998(The Chinese people university Copy Center “Cultural Research” was reproduced in full in January 1999;

5. “Human purposeful activities and human self-generation”, “Research on Dialectics of Nature”, No. 1, 2007;

6. “The Self of Man and Its Generation”, “Zhejiang Social Science”, No. 6, 2006,(reproduced in full in the 3rd issue of the “Principles of Philosophy” volume 2007 Chinese people university Copy Center, “Philosophy Yearbook” included);

7. “Instinct activities, production labor, sports-the characteristics of human existence in terms of the form of human activities”, Academic Journal of Zhongzhou, No. 6, 2006;

10. “The Communist Party of China and the Construction of Modern Chinese Culture”, Henan University Journal, No. 6, 2002.

13. “The human orientation of the scientific concept of development”, “Theoretical Vision”, No. 4, 2007.

15. “The Sinicization of Marxism in the Perspective of Survival”, Journal of the CPC Beijing Party School, No. 4, 2008.

21. “People’s True Self-Activity-Human Thinking about the World Cup”, Journal of Henan Institute of Education, No. 2, 2007.

22. “Education and Human Development”, Journal of Henan University(Education Edition), No. 1, 2002.

23. “Development with Harmony-An Interpretation of the Scientific Outlook on Development”, Journal of the Xuchang University, No. 4, 2007.

24. “On the significance of tourism to human survival ontology” “Journal of North China Institute of Water Conservancy and Electric Power”(Social Science Edition) No. 2, 2007.

26. “The Three Represents” and Chinese Modernity, Journal of Hunan First Normal School, No. 2, 2002.

32. “Man is the fundamental starting point and destination of the scientific concept of development”, “Decision Exploration” No. 4, 2007.

33. “Knowledge Derivatives and Humanistic Spirit”, Journal of Zhengzhou Institute of Light Technology, No. 3, 2008;

34. Reflections on Changing Ideological Concepts in Higher Education, Journal of the Chinese Youth Political Institute, No. 9, 1998.

35. “Humanistic Reflections on the Concept of Modern Chinese Education and Education”, Journal of the Shangqiu Normal University, No. 11, 2007;

37. The Paradox of the Times and Our Choice, Journal of Kaifeng University, January 1996;


Overview of the Center

Research Center of Ideological and Political Education of Southern University of Science and Technology ("the Center" for short below) was founded on April 14, 2017 on the foundation of the former ideological and political teaching group of the Department of Public Basic Courses. The foundation of the Center is an important move to fully implement the party's educational policy, straighten up the guiding ideology for running a school and fulfill the fundamental tasks of morality education and people cultivation.Under the leadership of the Party Committee and the administration of the school, the Center is responsible for organizing the teaching of Marxist public theory courses and the education of the ideological and political courses in the whole university and carrying out studies on Marxist theory and ideological and political education of college students in a bid to help students establish a sound world outlook, outlook on life and values and cultivate qualified builders and reliable successors of the socialist cause.Now, the Center has 7 professors, 1 associate professor, 2 lecturers, 3 secretaries and 3 teaching assistants.

According to the requirements of the Ministry of Education, our ideological and political theory program has 8 compulsory courses, 5 undergraduate courses, 2 postgraduate courses and 1 Ph.D. postgraduate course.The "Cultivation of Ethics and Fundamentals of Law", "The Outline of Modern and Contemporary History of China", "The Basic Principles of Marxism", "Mao Zedong Thought and Introduction to the Theoretical System of Socialism with Chinese Characteristics" and "Situation and Policy" are provided to undergraduates.The "Introduction of Dialectics of Nature" and "The theory and practice of socialism with Chinese characteristics" are offered to postgraduates.The "   Chinese Marxism and Contemporary" is offered to Ph.D. postgraduates.
Read More