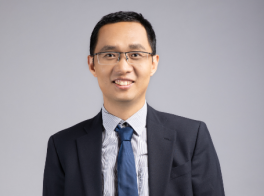 Zewei Quan currently is a professor of chemistry at Southern University of Science and Technology (SUSTech). My current research interests include solution-phase synthesis, self-assembly, and high-pressure behavior of nanoparticles.

I received my B.Sc. degree (with honor) in chemistry from Wuhan University (2000-2004). My Ph.D. research was conducted at Changchun Institute of Applied Chemistry, Chinese Academy of Sciences with Prof. Jun Lin (2004-2009). I came to the U.S. to become a postdoctoral fellow and later a research scientist at the State University of New York at Binghamton, where I worked with Prof. Jiye Fang (2009-2012). After that, I joined Los Alamos National Laboratory as Oppenheimer Fellow (2012-2015).

3.high-pressure behavior of nanoparticles and their applications.