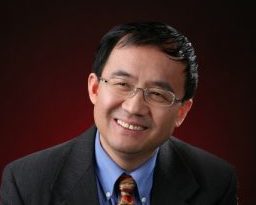 Department of Chemistry, School of Innovation and Entrepreneurship

Dr. Ke Liu currently is the Chair professor of the Southern Univ. of Science & Technology, the Dean of School of Innovation & Entrepreneurship and Dean of Clean Energy Institute. In addition, Dr. Ke Liu is also a partner of the Enverra Capital LLC. Enverra was funded by the former Supreme Allied Commander of NATO, and 2004 Democratic Presidential Candidate General Wesley Clark, the Founder of the US-Quarter Business Council, and the Senior Partner of the Patton Boggs LLP Mr. David Dunn et al. Enverra combines its global leadership to promote clean and sustainable energy technologies and natural resources to reduce emissions globally. Recently Dr. Liu was also elected as the board member of the Carnegie-Tsinghua Center. Together with General Wesley Clark, and team in Carnegie-Tsinghua Center, Dr. Liu works diligently on promoting the international collaboration on Clean Energy and Environmental Protection especially in China. Dr. Liu received a variety of national and international awards, including “The Minorities in Research Award” (2006 Emerald Honors Special Recognition Award). In 2013, Dr. Ke Liu was selected to win the 2013 PITT Award. Dr. Ke Liu got his Ph.D. from City University of New York; Master in Management from Rensselaer Polytechnic Institute.

2 The design, synthesis and application of novel catalysts

Lecturer course：Innovation and entrepreneurship lecture; Literature retrieval and scientific writing; Lectures on the frontier of Chemistry; Fundamentals of Energy Engineering.

The Department of Chemistry is therefore strategically developed as one of the largest and best equipped departments in the University. Thanks to the strong support from both the Government and our founders, this department aims to be one of the best in China and has already attracted many outstanding experts to join, including 1 Academician of the Chinese Academy of Sciences. The Shenzhen Municipal also named 26 of our independent faculty members who joined us from prominent oversea universities as the Peacock Plan Awardees. Currently, our faculty members together with their teams are actively involved in both teaching and research frontiers of chemistry, from upstream fundamental research to downstream industrial applications and inter-disciplinary research, in order to fulfill our obligations to the rapidly evolving society.