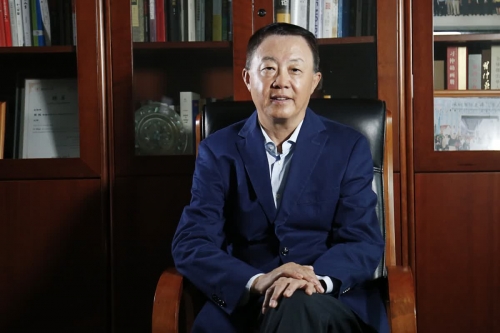 Born in 1955 in Luochuan County of China’s northeast Shaanxi Province, LI Ming took his first job in April 1974 and joined the Chinese Communist Party in May 1975. LI graduated with a Bachelor degree in Politics and Economics from the School of Humanities of Xi’an Jiaotong University. LI got his Master degree while on the job and received his PhD in Management from the School of Management of Xi’an Jiaotong University. LI now is Chair Professor in Southern University of Science and Technology.

From 1982 to 1992, LI Ming was Lecturer/Associate Professor at the School of Social Science of Xi’an Jiaotong University. From May 1992 to Dec. 2013, LI served in the government of Shenzhen Municipality. From 2014 to 2016, LI was the Secretary of the Party Committee of Southern University of Science and Technology. In May 2016, LI was appointed as Chair Professor and Director of the Center for Higher Education Research of SUSTech, and in June 2016 Director of the International Centre for Higher Education Innovation under the auspices of UNESCO.

LI taught courses in economics and master degree in the School of Social Science of Xi’an Jiaotong University. LI now teaches Story of Shenzhen, A Glimpse of Africa, One Belt and One Road, One Thousand and One Nights. These courses are to show students the economic and social development of Shenzhen and different regions and countries in the world in an all-round and multi-level way, so as to expand students' international vision and deepen their understanding of the “Belt and Road” Initiative put forward by the Chinese government.

During his study for PhD, LI has published several academic papers on market, sustainable development, e-commerce, retailing, logistics, economics about Shenzhen and China and so on. He also participated in editing and writing articles about development, economy, enterprises, socialism with Chinese characteristics, reform and opening up etc.