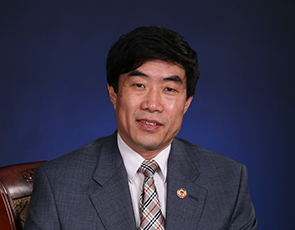 Dr. Li started his graduate study in 1992 at the Chinese Academy of Social Sciences where he worked with the renowned linguists Dr. LI Rong and Dr. XIONG Zhenghui. Dr. Li worked as a faculty member for Chinese Academy of Social Sciences since he received PhD in 1995. In 1999 Dr. Li continued his research work as a postdoc fellow at the School of Humanities and Social Sciences at The Hong Kong University of Science and Technology. Professor DING Bangxin, the dean of the school and the internationally distinguished linguist, was his mentor. From 2013 to 2015, Dr. Li worked as a professor at Centre de recherches linguistiques sur l’Asie orientale in France. He was also once a visiting scholar at Chinese University of Hong Kong, The Hong Kong University of Science and Technology and Matsuyama University in Japan. Professor Li has been very active in both professional organizations and public affairs. He served as the chief secretary of the National Chinese Dialects (2012-2014) and the Vice President of the Chinese Dialects Academy (2014-present); he was a committee member of the “antique books preservation” program of the Ministry of Culture (2008-2013) and a member of the “board of the geographical names” of the State Council (2012-present). In addition to all those posts in academia, Professor Li served as a committee member for the Chinese People's Political Consultative Conference (the social sciences society) for two terms (2008-2012, 2013-2017); he is the Chair of Chinese Peasants and Workers Democratic Party at the Chinese Academy of Social Sciences, the Vice Director of “the society and law committee” of Beijing Municipal Bureau of Chinese Peasants and Workers Democratic Party (2007-present)