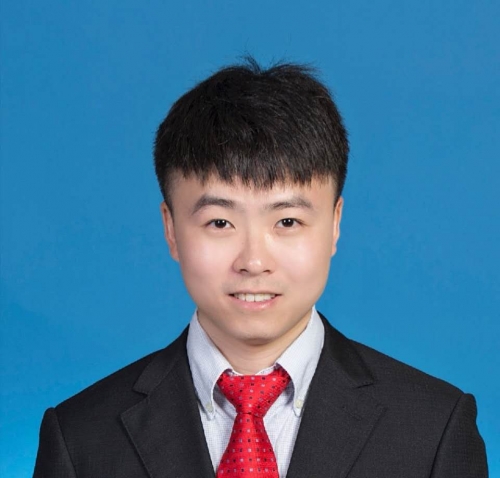 At University of North Carolina, Charlotte:

At University of California, Berkeley:

FEBA invites applications for young fellows, in management science, operations management, supply chain management, information systems, marketing, organization, strategy, business analytics/intelligence, and FinTech, etc.. Applicants from statistics, computer sciences, information technology, and other business related areas are also welcome. FEBA also welcomes established or young faculty to apply for visiting assistant/ associate/full professor positions. Applicants should be a promising or established scholar with a doctoral degree (or close to completion) from an established university. The appointee will be expected to (i) publish research papers in top-tier journals in related fields, and (ii) have ability to teach postgraduate and undergraduate courses. Salary will be competitive, commensurate with qualifications and experience. There are additional allowances provided by Shenzhen city or Guangdong province for eligible appointees. Research Fellow can be transferred to tenure track faculty based on performance. The terms mentioned herein are for reference only and are subject to update in due time.

A full up-to-date C.V. and copies of one representative research publication should be sent to the Search and Appointment Committee of FEBA, SUSTech [email: heqc at sustech.edu.cn]. Only shortlisted candidates will be notified for further interview.

FEBA is fast-growing with four divisions including Applied Economics and Finance, Management Engineering & Information Systems, Business Administration, and Public Policy and Administration. SUSTech (including FEBA) offers Master and Doctor programs as well as joint Master and Doctor programs collaborating with top-tier international research universities of the world, including HEC Paris, UBC (University of British Columbia, Canada), Warwick Business School (UK), University of Queensland (UQ, Australia), Fox Business School of Temple University (USA), National University of Singapore (NUS, Singapore), HKUST, etc. FEBA has reached a strategic partnership with HEC Paris that has been ranked the best business school in France and among the top in the world. HEC Alumni has been ranked by The Economist as the 2nd most powerful business school alumni network in the world.

About Southern University of Science and Technology (SUSTech)
The University Profile SUSTech was officially established in April 2012. It is a public university funded by Shenzhen city and the chair of the university council is the mayor. Shenzhen has developed from a small fishing village 40 years ago to a modern metropolitan city with more than 20 millions in population. It is regarded as China’s Silicon Valley where numerous world’s well-known corporations are headquartered here, including Huawei, Foxconn, Tencent, ZTE, BYD, etc. In the year 2017, its GDP has exceeded Hong Kong’s for the first time in history. Shenzhen has been ranked to be the No. 1 competitive city in the Greater China region and No. 6 in the world, by the United Nations Human Settlements Program and Chinese Academy of Social Sciences. Lonely Planet has ranked Shenzhen the second most attractive city in the world for the 2019 Travel-List. SUSTech is a pioneer in higher education innovation of China, covering five hundred acres of wooded landscape in the picturesque Nanshan (Mountain South) area with an idyllic environment suitable for learning and scholarship. It is a unique university in mainland China where English is largely adopted as a teaching language across campus. With the strong support from Shenzhen city, SUSTech has developed rapidly and been approved to offer Bachelor, Master and Doctorate Degree programs by the Ministry of Education of China. SUSTech has been officially ranked among the top four universities worldwide in the Nature Index 2018 (Rising Stars) that tables the top 200 institutions of the world in September 2018. In addition, for the world’s young universities established after 1988, the Nature Index 2018 (Rising Stars) reported that SUSTech, being officially set up in 2012, was ranked as No.1, overtaking Hong Kong University of Science and Technology (HKUST), which was founded in 1991 and ranked as No.9. According to the Times Higher Education World University Rankings 2019, SUSTech, being ranked for the first time in its six years’ establishment history, was ranked No.8 among the listed mainland China universities.
Read More