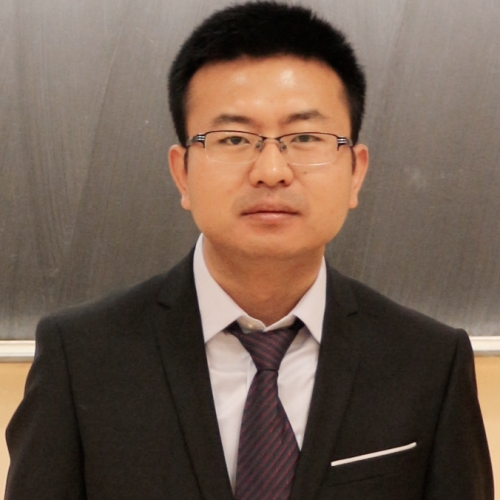 Dr Bin Bao, From October 2018, he worked as an research assistant professor at the Department of Mechanics and Aerospace Engineering, School of Engineering, Southern University of Science and Technology. He was promoted to Research Associate Professor in July 2021. He has been awarded the title of Class C Talent of the Pilot Talent Program from Nanshan District in Shenzhen.

Bin Bao is graduated from Jiangnan University (in China), Northwestern Polytechnical University (in China) and INSA Lyon (in France) in June 2010, March 2013 and September 2016, respectively, with bachelor's, master's and doctoral degrees. From September to December 2016, he was engaged in postdoctoral research at the LGEF Laboratory of the National Institute of Applied Sciences in Lyon, France. From March to June 2013, he worked as an engineer at the Aviation Industry Aircraft Strength Research Institute (623). From the end of February 2017 to September 2018, he worked as a research fellow at Kuang-Chi Institute of Advanced Technology in Shenzhen.

Founded in December 2015, the Department of Mechanics and Aerospace Engineering (MAE) is one of departments in the College of Engineering. It aims to establish a world-leading department in mechanics and aerospace engineering, covering various research areas such as fluid mechanics, aerodynamics, thermodynamics, aeroacoustics, mechanics, combustion, material, and system control. The Department will learn from the best practice of peer departments over the world in order to develop into an international research institution that attends to the national strategic needs in mechanics and aerospace, cultivates outstanding innovative talents, and conducts frontier fundamental research and applied research with social impact.

The goal of the Department is to become a top-tier international leader through introducing an innovative education system which emphasizes IUR (Industry-University-Research) in close association with the Chinese aerospace industry. The specific objectives are: 1) to nurture innovative talents (learning); 2) to research and develop key technologies (research); and 3) to provide technical services (production) for the national aerospace industry.
The MAE Department has attracted a team of high-caliber experts worldwide with diversified background in both academia and industry. So far, the department has 20 faculty members, including two Academicians of the Chinese Academy of Sciences, one Academician of the Chinese Academy of Engineering, one Fellow with dual-fellowship in Royal Society' of Canada and Canadian Academy of Engineering. All faculty members have extensive experience of studying and working overseas. The MAE Department started to enroll undergraduate and postgraduate students in fall 2016, and has 55 postgraduates (Master and PhD) at present. The Department has bachelor' s degree programs in Theoretical and Applied Mechanics and Aerospace Engineering.