February 22nd saw the launch of the Southern University of Science and Technology (SUSTech) International Center for Mathematics. This important ceremony attracted such luminaries as the Fields Prize Winner and the professor of University of California San Diego (UCSD) Efim Zelmanov and Shenzhen Vice Mayor Wang Lixin. 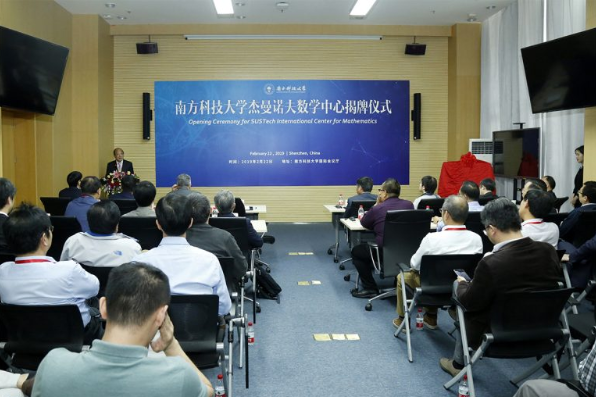 The Center is one of ten Nobel Prize Laureate laboratories funded by the Shenzhen Municipal Government. It supports pure, applied and computational mathematics across the Guangdong-Hong Kong-Macau Greater Bay Area and in other parts of southern China, as well as encouraging interdisciplinary research and applications of mathematics in a variety of other fields. Their main mission is to solve major scientific problems in an all-out effort to serve China’s strategic needs.

Speaking for the city, Vice Mayor Wang Lixin said that mathematics is the foundation of natural sciences, and breakthroughs in mathematics will greatly enhance and expedite technological development. He was confident that the Center will make first-class achievements in basic theoretical and applied development, resulting in positive contributions to original science and technology in Shenzhen. He concluded by reaffirming the Shenzhen Municipal Government’s continuing strong support of SUSTech’s development and the construction of the Center.

President Chen Shiyi welcomed the guests and thanked the Shenzhen Municipal Party Committee and Municipal Government for their unstinting support. He said that in the history of SUSTech, the Center is the first research center led by a Fields Prize winner. Its establishment is critically important for the development of mathematics in Shenzhen, China and the world.

SUSTech will actively headhunt high-quality scientific research personnel from all over the world, and will leave no stone unturned in exploring new paths in personnel training, scientific research, and interdisciplinary research. It is also committed to original mathematics research and creating a major original achievement base, while developing high-tech for Shenzhen. Professor Zelmanov congratulated SUSTech on the completion of the Center. He said the Center is sure to become one of China’s advanced mathematics centers and make contributions to the development of mathematics in the country. 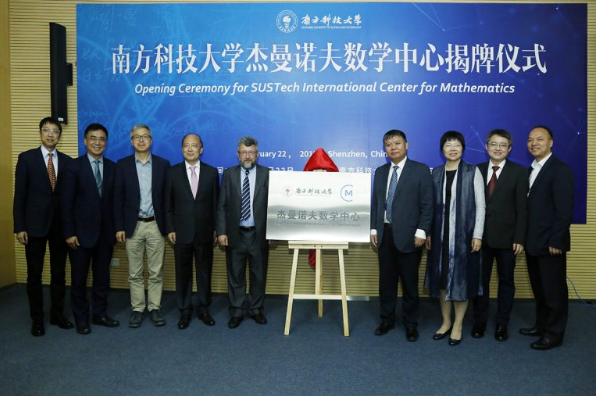