With a wide range of traditional Chinese cultural interests spanning from chess and calligraphy to Chinese painting and martial arts, Li Yumin is also an academic superstar at Southern University of Science and Technology (SUSTech). Having topped her class in the School of Environmental Science and Engineering (“School of Environment”), she has also published a paper as a first author at a meeting of the American Geological Society, and was subsequently offered the opportunity to complete a Ph.D. at Hong Kong University of Science and Technology (HKUST). Li Yumin has the desire to learn all of the things and all of the skills, and we spoke to her to find out what makes her tick.

Environmental science is an interdisciplinary area, which is one of the reasons why she headed down this path. Her determination to major in environmental science came from a summer course in Washington that Prof. Zheng Chunmiao runs every year. Every year, he takes students such as Xuan Chen and Li Yumin to a soil and groundwater treatment company where they learn from environmental scientists about advanced foreign technology. They also enjoyed field trips to the Patuxent Wildlife Center and the Great Falls of the Potomac River. The students inspected pollution control sites as part of their trip. American scientists explained that the United States still needed to keep working on its river system governance, with the hope of making every river clean enough to swim in again. 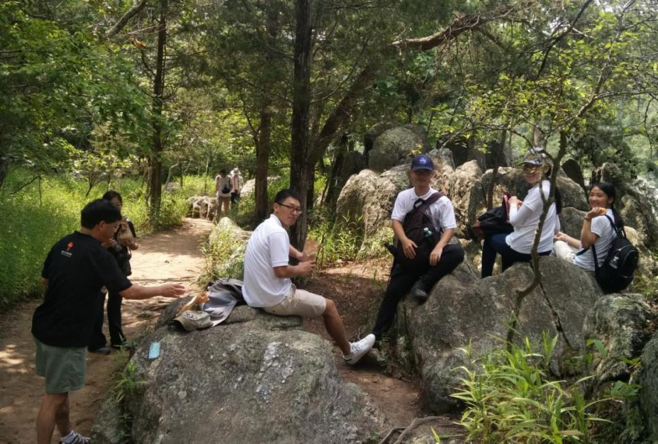 It was the words of the scientists and ducks swimming freely in clear water that inspired Li Yumin. She considered the rivers in China and water pollution in Shenzhen, which resulted in an idea in her heart and mind crystallizing into one, clarifying into a singular vision. “In this trip, I decided to study environmental science. I really love nature and the environment. I’m hoping to contribute to a better environment in China.”

A rapid pace for scientific research 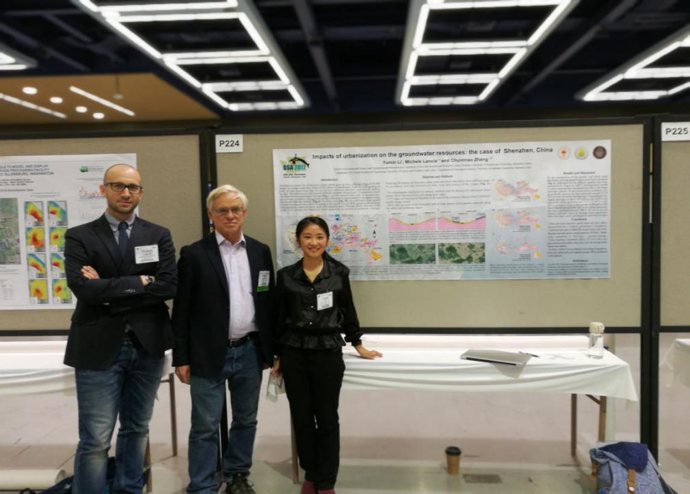 For the American Geological Society in 2017, Li Yumin conducted research on the loss of groundwater resources since the development of Shenzhen. The title of the paper was “Impact of Urbanization on Groundwater Resources in Shenzhen”. The research results were published at the annual meeting of the American Geological Society (GSA) 2017. From the fishing village to the reinforced concrete forests today, Shenzhen’s economic take-off has masked the regrettable fact that water resources are extremely scarce. 2 years after the study, Li Yumin is still stunned by the results of the study at the time.

Li Yumin cares about environmental issues and thus combines theory with practice. SESE also encourages students to undertake practical applications of their theoretical knowledge, with educators combining their textbooks with field experience. SESE wants its students to experience everything from the topography to the landscape, in order to truly understand the magnificent natural environment. Li Yumin also undertook an internship at the Daya Bay Ecological Monitoring Station. She smiled and said, “I was conducting tests inside the station and could see a sea of clouds outside the window. There are not many scientific professions where you can also enjoy such a beautiful landscape.”

There are many opportunities for internships for those that opt to major in the environmental sciences. However, it is not for everyone, with many scientists and researchers spending time truly in the field. Li Yumin accepted that spending time out and about was an important part of her development as a scientist, so she opted not to complain. Li Yumin enjoyed every aspect of every field trip with an open-minded attitude, encouraging her colleagues with her ambition and level-headedness.

Li Yumin has received a doctoral offer from HKUST on a full scholarship, with which to start the next stage of her academic career. Whether she is studying the hydrological model, the atmospheric model, or atmospheric aerosol models that she will continue to study as part of her doctoral period, Li Yumin has long been interested in practical environmental issues. “Whether it was sewage treatment or air pollution, I want to do some real work. I hope that my future research will actually provide a real change for our environment.”

Her life is poetry in motion

When not deep in her research, Li Yumin has a wide range of interests. She has been heavily involved in traditional culture as well as more modern pastimes. A clearly talented woman who is called by her friends as “a girl out of the Book of Songs,” referring to the one of the Five Classics of Chinese poetry.

Li Yumin believes that she remains a “Hunan spicy girl,” referring to the fact that most people born and bred in Hunan province love to eat spicy food and have a hot temper. She remains lively and active while deeply immersed in a cultural life. She has found a slower, more peaceful life through the cultural influence of her family, filled with books like The Four Books, The Five Classics, the Three Kingdoms and Sun Tzu’s Art of War. “I was never forced to read them, but they were always there. I eventually found the interesting points in each book.

She’s very different from other students, in that she’s not reliant on a mobile device. She sticks to calligraphy, painting and Tai Chi to relax her body and mind. A consistent routine has led to her finding her own happiness. “I can do scientific research and enjoy traditional culture at the same time. I have done well in my studies while enjoying my own hobbies. I want to integrate these hobbies into my daily life and become relaxed in my spare time.”

In her spare time, Li Yumin also participated in the founding of the Academy of Calligraphy and Painting, and also organized various activities such as martial arts performances. She found that it was a great way to meet new people and teach people about different activities. Li Yumin also took part in several liberal arts courses, including the bronze jade appreciation course opened by Professor Tang Jigen of the School of Humanities and Social Sciences. Through her degree, many interesting liberal arts courses have filled up and increased in capacity to deal with student demand. She believes that SUSTech students have become more interested in the liberal arts curriculum, fundamentally improving campus culture.

“Culture is not like science or technology. It is more about creating an atmosphere. If the way of thinking, talking and even the surrounding environment of the people around you have a cultural atmosphere, you can feel a strong cultural atmosphere.” As a traditional cultural enthusiast and Academy of Calligraphy and Painting, Li Yumin found that more and more SUSTech students are approaching and falling in love with traditional culture at SUSTech.

Through the platform of SUSTech’s inclusive freedom, she was able to develop and pursue her heart. This is the story of Li Yumin.