Professor Chunmiao Zheng from the School of Environmental Science and Engineering at Southern University of Science and Technology (SUSTech) has been elected a Fellow of the American Geophysical Union (AGU), according to its official announcement on August 15. Among the 2019 class of AGU Fellows are 62 distinguished earth and space scientists from around the world, including 3 currently working in mainland China.

AGU Fellows are an honor given to individual AGU members who have made exceptional scientific contributions and gained prominence in their respective fields of Earth and space sciences. According to the organization’s bylaws, no more than 0.1% of the total membership receives this recognition in any given year since the AGU Fellows program was established in 1962.

“AGU Fellows are recognized for their scientific eminence in the Earth and space sciences. Their breadth of interests and the scope of their contributions are remarkable and often groundbreaking. Only 0.1% of AGU membership receives this recognition in any given year. On behalf of AGU’s Honors and Recognition Committee, our Union Fellows Committee, our section Fellows committees, AGU leaders, and staff, we are immensely proud to present the 2019 class of AGU Fellows,” said Robin Bell, AGU President.

Zheng was elected as an AGU fellow for his exceptional contributions to understanding and modeling contaminant transport processes in physically and chemically heterogeneous subsurface media. In the early 90s, he developed the contaminant transport modeling code MT3D, which was widely accepted by researchers and practitioners alike soon after its release. With continuing improvements including the multiple-component version MT3DMS, the transport modeling tool would go on to become an international standard used in over 100 countries. A report of the U.S. National Research Council referred to Zheng’s transport modeling tool as a milestone in hydrogeology over the 20th century. Macro-Dispersion Experiment site (MADE site) in the United States.

At the same time, Zheng devoted much of his attention to exploring and understanding solute transport processes at well-instructed tracer experiment sites. Based on the analysis of detailed field data, he and his collaborators were able to show that small-scale preferential flow paths exert a dominant control on solute transport processes and proposed new modeling and parameterization approaches to account for such preferential flow paths. This work has improved the predictive capability of solute transport modeling and provided new thinking on how to cope with the effects of heterogeneity on contaminant transport, a grand challenge for subsurface hydrology.

Furthermore, Zheng collaborated with his colleagues to couple the transport code MT3DMS with the geochemical code PHREEQC2 to provide a versatile tool for analyzing and understanding contaminant transport under both physical and chemical heterogeneities. The coupled reactive transport model was evaluated through comprehensive field tests at the Hanford site, leading to invaluable new understanding and insights on the complexity of reactive transport in the subsurface.

Since 2010, Zheng has been working mostly in China. He first established the Center for Water Research and then the Institute of Water Sciences at Peking University to tackle major water challenges in China.

In 2015, Zheng moved to Southern University of Science and Technology to launch the then new School of Environmental Science and Engineering. In the four years since, the School has developed into a strong academic entity with 60 faculty members, nearly 250 undergraduate and graduate students, and three provincial- and ministerial-level research centers.

Zheng has also served on the steering committees for two major research programs of the National Natural Science Foundation of China (NSFC). These two programs, “An Integrative Study of Ecological and Hydrological Processes in the Heihe River Basin” and “Runoff Changes and Adaptive Management in the Headwater Region of Major Southwestern Rivers”, are vitally important for meeting China’s water resources management challenges under a changing climate. 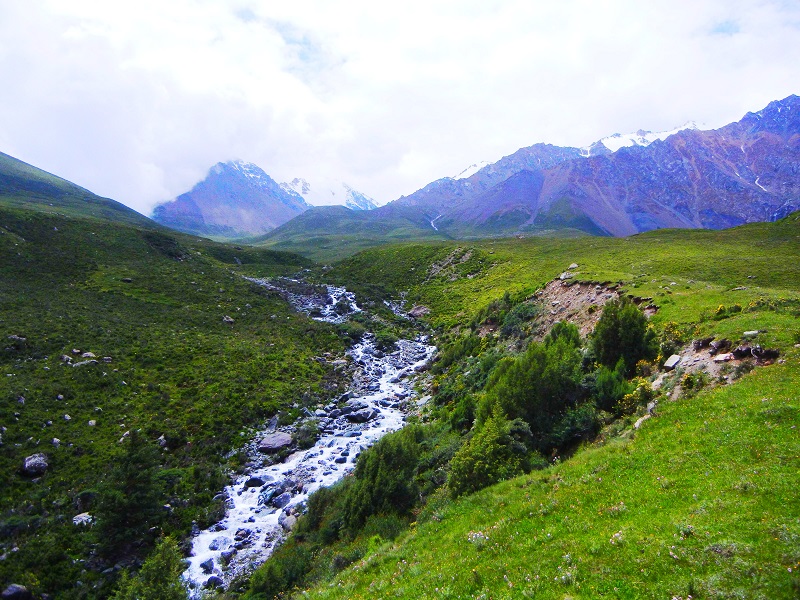 Zheng served on the steering committee for the major research program

“An integrated ecological-hydrological study of the Heihe River Basin” in northwest China.

Founded in 1919, the mission of the American Geophysical Union is to promote discovery in Earth and space science for the benefit of humanity. AGU is a not-for-profit, professional, scientific organization representing 60,000 members in 137 countries. The scientific disciplines represented by the AGU include Earth, ocean, atmospheric and space sciences.

Announcement about the 2019 Class of AGU Fellows: https://eos.org/agu-news/2019-class-of-agu-fellows-announced